In this market, if you’re not fast enough to capitalize on the latest trends, you may be too late as people are already moving on to the next trend. It’s something we see in nearly all the industries – from the latest iPhone, to the Instagram-worthy restaurant themes, to whatever product a celebrity is seen using.

But out of all these trends, the most unsustainable and damaging to the environment is the fast fashion of the clothing industry. When businesses put more emphasis on getting style and affordability quickly out to the masses, they’re sacrificing quality and durability. It’s why most clothes are now getting thrown out, since they’re either out of style or easily destroyed.

And in 2019, when we’re one step closer to creating irreparable damage to the environment, it’s time to start thinking about how much waste we’re producing, and that includes all kinds of waste. If you’re into fast fashion, you’re probably making a lot of clothing waste and contributing to the growing textile pollution left in landfills.

When we say fast fashion, we’re talking about stores that quickly capitalize on catwalk fashion and other fashion trends as it happens. Back when the “hypebeast” fashion was trend was growing in 2017 and 2018, you can bet you’ll find windbreakers, crop tops, ripped denim jeans, designer jogging pants, and white sneakers in many fast fashion stores for women. That was around the time Kanye West, Kylie Jenner, and other influential figures on social media dressed a certain way, which is what led people to follow a trend of street-style clothing.

You’ll find these fast changes in fast fashion stores, but you won’t find these as quickly in, say, department stores that change their clothing lines not as quickly. And because fast fashion means mass-producing these clothes at such a fast pace, they have to be manufactured quickly and inexpensively – quickly because they need to catch up with the trend, and inexpensively because they know trends can change at any moment and would have to make a profit as fast as possible.

The inexpensive manufacturing process allows stores such as H&M, Forever 21, Topshop, Uniqlo, and other businesses to sell their clothes at lower prices. However, once you trade in speed and low-cost for quality, it’s highly likely that you won’t be wearing these clothes years or even months from now. And that has a significant impact on the environment.

How Fast Fashion is Harming the Environment 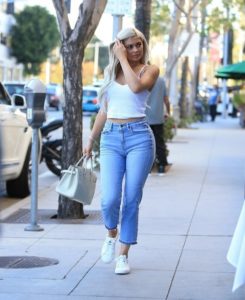 Due to the speed fast fashion comes and goes, we’re now buying clothes at larger volumes than we did almost 40 years ago. And with a higher demand, fast fashion businesses are meeting that demand by producing more garments with every change of trends. In the United States alone, we’re importing a billion articles of clothing each year, and that’s only from Chinese-based factories alone and not including clothing companies with factories in other countries.

As we buy more clothes, our closets aren’t getting any bigger. Some people choose to throw their old clothes like they would with normal garbage, but others think they’re helping the problem by giving their clothes away to charity stores and bargain shops for clothes. In reality though, a lot of these clothes either eventually end up in landfills as textile garbage, or they get sent to developing countries to be sold as surplus. And those that aren’t sold? They eventually end up in a landfill in some other country.

And with more and more clothes being bought, the number of discarded textiles and fabric keep piling up each year. An average household disposes around 70 pounds of textile each year, and that amounts to 10.5 million tons in the United States annually.

We Are Buying Too Much Clothes 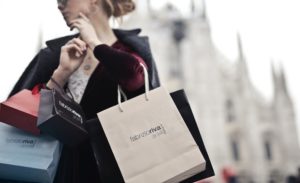 With fleeting trends, why are many people so adamant on buying more clothes to keep up with trends instead of just buying clothes that look smart and can last us a longer time. Marketing, social media, and the way we live in today has created this mindset where we’re not successful or living the dream unless we’re overconsuming on too many things, including the clothes we wear.

Fast fashion has created a business model where consumers are always after the latest trends. And to keep up with that trends, they have to create affordable clothing that isn’t really sustainable. And since we don’t know the waste created to make clothes or where clothes go once discarded, we’re not really paying attention to the environmental impacts from our shopping habits.

Instead of buying what lasts us a long time, we’ve turned fashion into built-in obsolescence. That means that even if something is good, we’re still going to throw it out because it’s not in fashion. Decades ago, this wasn’t a problem because people kept wearing their old clothes that were still wearable or stored their clothes in storage when it went out of style instead of discarding them. It’s why your mom probably still has the clothes she wore in the ‘70s and ‘80s somewhere in the attic. When your future children reach their mid-twenties, they’re more likely to find their grandparents’ clothes than your clothes in the attic because we developed the idea of obsolescence and are more likely to discard wearable clothes than to keep them.

Luckily, as more people become more environmentally conscious, so do some businesses and start-ups in the fashion industry. Several stores in the United States, for example, sell high-quality clothes created with discarded textiles in clothing factories. 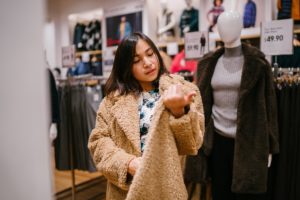 After the rise of fast fashion in 2012, critics and environmentally-conscious people have turned to a movement known as “slow fashion,” also known as conscious fashion, which looks at zero-waste fashion outlets. In 2012, an investigation was done on fast fashion and found that the workmanship, quality, and trends created by the movement has caused a huge change in the industry and a significant growth in pollution.

It’s time for us to stop thinking about trends when we buy our clothes and, instead, consider what is good for the environment. If you bought reusable straws when it was trendy and then claimed to be an environmentalist when, at the same time, you shop from fast fashion stores and, without hesitation, threw away your old clothes without a second thought, then here’s a newsflash: you’re contributing to the environmental problem, no matter how many straws you’ve saved with your glass or metal straw. Your clothes are part of the problem, and if you want to change it, start by buying clothes that are sustainable or at least will last you a long time.