Social media has encouraged people to use it as a tool to present a version of themselves to the online community. They want to get more likes and followers. Some people develop the urge to look “perfect.” For some who have the predisposition for it and have decided to take it too far, the road to being their best leads them to the development of an eating disorder. People who have eating disorders develop an unhealthy view of food to the point of making them ill. In Westport, Connecticut, the experts in the treatment of eating disorders say these programs are necessary for a full recovery. Here are a few of the most common eating disorders and the treatments.

Binge eating disorder involves consuming a huge amount of food in a short period, often in an out-of-control way and then feeling guilty after the act. The disorder typically manifests during early teens and early 20s and affect both men and women. Someone who has binge eating disorder would typically eat a lot of food very fast, would store a lot of supplies for their binge eating sessions, and hide how much they are eating.

If you feel that a friend or a family member has binge eating disorder, there are specialists of eating disorder treatments and they suggest immediate action. Take them to a general practitioner as soon as possible. A general physician should help you get in touch with a center that specializes in administering comprehensive therapy for the disorder.

The main treatments for binge eating disorder include a guided self-help program where an individual is given a self-help book and sessions with a therapist.  Cognitive Behavioral Therapy (CBT) that involves talking with a therapist to plan out meals, figuring out binge eating triggers, sticking to a new eating habit to avoid relapse; and if necessary, antidepressants should the disorder be coupled with another condition like depression or social phobia.

This eating disorder has the same symptoms as binge eating disorder, but with some additions. A person who has Bulimia would go through a binge eating period and try to purge it out of their system through excessive exercise, vomiting, or using laxatives. The fear of putting on weight motivates this. If anyone you know shows these symptoms, plus the extremely critical stance on their weight and body shape, then they may have bulimia.

The treatment for bulimia varies depending on the age of the patient. For older ones, guided help with a therapist, CBT, and medication are among the most common and effective ones. For children and young people, family therapy, where the patient and family members talk about the disease and ways to support the patient, is often prescribed. 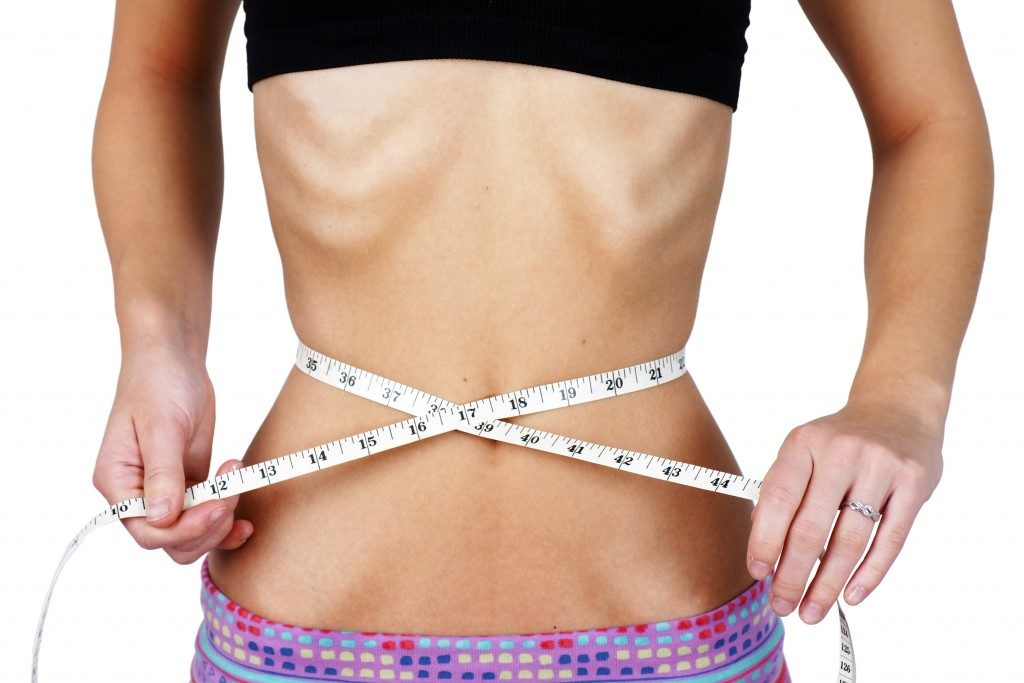 Both an eating disorder and a mental health condition, anorexia is a disorder that makes the sufferers keep their weight as low as possible through exercising too much or eating as little as possible. They often have an unhealthy body image and feel that they are fat even in most cases, they are underweight. As they are starving, sufferers, typically young women in their mid-teens, may become very ill.

Apart from CBT, individuals suffering from anorexia, especially adults, may be asked to undergo Maudsley Anorexia Nervosa Treatment for Adults (MANTRA). The treatment has 20 sessions and involves talking to a therapist to understand what’s causing the anorexia and help change the behavior. If the patient feels that these are not appropriate for them, focal psychodynamic therapy or specialist supportive clinical management (SSCM) may be introduced.

The urge to be perfect may trigger some to develop eating disorders. With the right emotional support and treatment tailored to the patient’s needs, a sufferer would surely be on their way to recovery.