Open office plans are intended to encourage spontaneous collaboration among workers. They are designed to make workers communicate better and throw creative ideas at each other. Facebook’s MPK 20 building is a prime example of an open-space layout, which the social media company’s officials hailed as a “fun, collaborative creative space.”

But there are many ways to encourage collaboration and social interaction without necessarily tearing down walls. Reliable mezzanine floor builders are experts in creating additional spaces that don’t necessarily infringe on the privacy of the workers but also don’t follow the traditional corporate hierarchy. It’s an innovative and creative solution to providing a common space for your workers—only when they want to collaborate face to face—without having to build superficial walls.

A 2018 Harvard Business School research found out that an open-space layout has the opposite result of what it originally set out to do. The transition to an open-floor plan triggered a withdrawal response on the workers who participated in the study. It found out that face-to-face interactions reduced by 70% and email messages increased by 50%.

Instead of collaborating and communicating with people, workers are more likely to put on headphones to avoid distraction caused by the open architecture. What kind of distractions are there in an open-floor office space? Anything from a coworker chewing gum nonstop to a boisterous and talkative group of staff can trigger stress. A worker may crave less social interaction because they are literally sitting in a sea of people. They would crave the peace and quiet that cubicles present.

It’s not only the workers who are challenged to survive such a setup. The quality of their work—though they always want to appear busy—suffers because they cannot achieve the concentration level they need to finish a job. A different study revealed that workers in an open architecture layout have higher stress levels and lower concentration and motivation compared those in standard office layouts. These workers also take more sick leaves than those working in cubicles and offices. 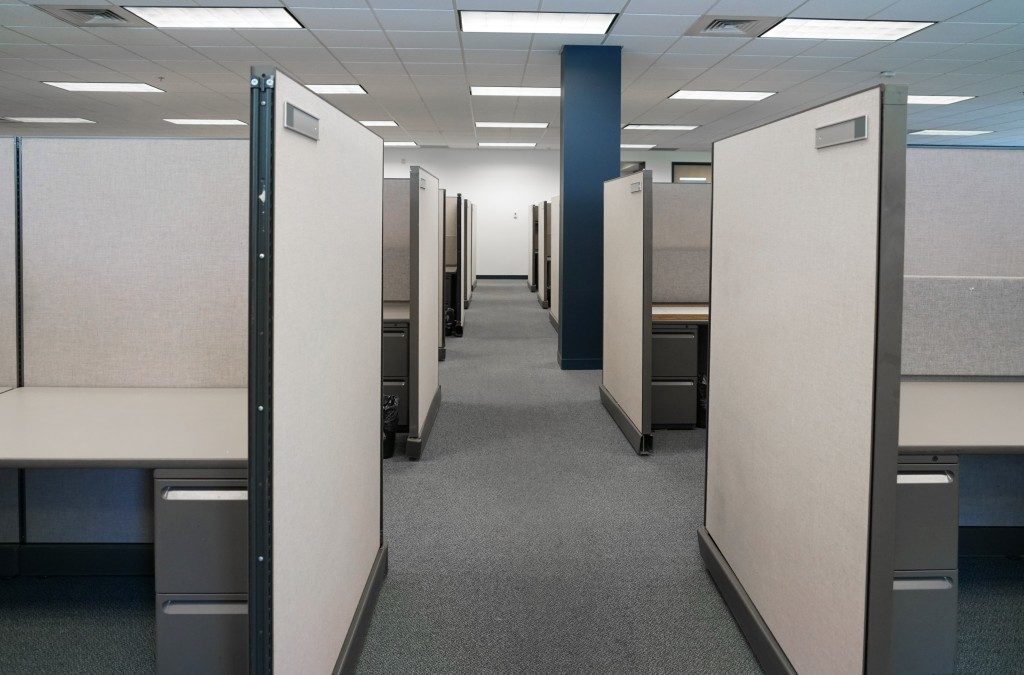 Another study published in the Philosophical Transactions of the Royal Society said that employees crave boundaries in their work environment. The lack of privacy and personal space in the laid-back open-floor layout is causing a slump in communication, collaboration, and productivity.

On the other hand, a closed space such as a cubicle or an office allows the workers to control their working conditions, schedules, and motivations to finish the projects. They do not have to take extra measures such as putting on headphones to indicate that they do not want to be disturbed. At the same time, they are more likely to leave their cubicles or offices to seek face-to-face interaction.

Although the open-floor layout intended to improve the productivity and collaboration among workers, human nature has made it a challenge. The results of the studies should be an eye-opener for office managers who still opt for an open architecture in their companies. The workplace should be a safe environment where workers feel at ease to do their jobs. A mix of an open-floor layout and cubicles may be the right choice.