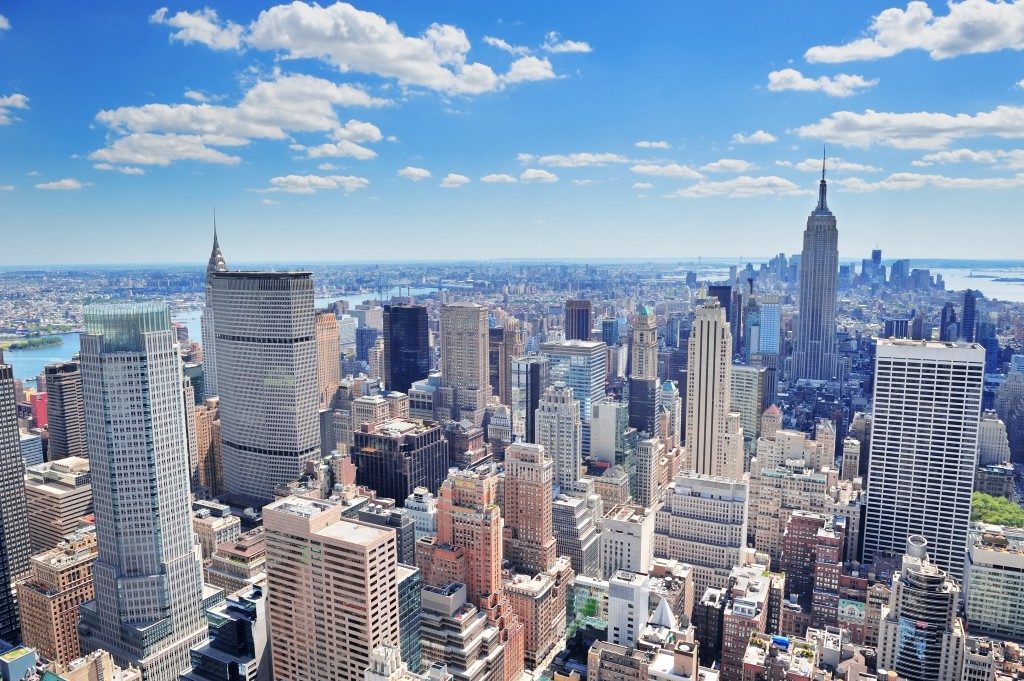 When we think of efficiency in architecture, we rarely expect that the building in question could also be beautiful. Often, we imagine the industrial or sterile designs so prevalent in New York today. But elegant and efficient buildings do exist, perhaps an art academy, a small restaurant, or a private venue for events. New York is home to many institutions that can boast both, but no architectural style epitomizes those qualities like the Beaux-Arts style.

Facades of the American Renaissance

Beaux-Arts style started in France and brought over to America by architects Morris Hunt and Henry Hobson Richardson. Popular from 1880 to 1930, it became the physical embodiment of the Gilded Age or the American Renaissance.

Inspired by the ruins of Greco-Roman architecture, Beaux-Arts buildings featured symmetry and elaborately detailed surfaces. Stone and masonry were the preferred building materials. Columns and statues embedded in facades are also hallmarks of the Beaux-Arts style.

Combined, these features conveyed a sense of power, fitting for the prestige that the United States enjoyed in the Gilded Age. But you’ll still see the splendor of this architectural style in contemporary structures.

Built at a cost of $2 billion in modern currency, Grand Central Terminal opened to the public in 1913. The Terminal features a gorgeous ceiling mural of the Zodiac, the acoustic phenomenon of the Whispering Gallery, and the clock atop its facade, the world’s largest Tiffany clock.

The station caters to more than 750,000 visitors every day. It was nearly demolished in 1967, but the Landmarks Preservation Committee hailed it as a landmark, saving the building.

At the time of its construction, the main branch of the New York Public Library was the largest marble construction in the United States. The library first opened in 1911 and has continuously served the public since. Its most distinguishing features are the marble lions by the main entrance.

Beneath the building are seven floors of stacks and basements, which house majority of the library’s collections. Collectively, the New York Public Library and its supporting branches hold approximately 10 million books, as well as countless historical artifacts, such as Charles Dicken’s favorite letter opener.

Once the seat of the U.S. Customs Service, this seven-story building features a limestone statue of the Four Continents and intricately decorated ceilings and panelling. Another distinguishing feature is the Gustovino Rotunda, whose skylight weighs an astonishing 140-tons.

The Alexander Hamilton U.S. Custom House is now the site of the New York branch of the Smithsonian Museum of the American Indian, as well as offices for the Department of Transportation.

Though it has now passed into a reminder of a bygone era, the core of the Beaux-Arts style should be remembered today. It may seem ostentatious, but its beauty can be accessible as exhibited by these three public spaces. In our tumultuous times, perhaps a return to a little elegance is not such a bad thing.