Are Generic Drugs Lower Quality Versions of Its Branded Counterpart?

Given the quality of healthcare we have in the United States, it’s expensive to get sick. From the hospital fees, to the expensive prescriptions, it’s no wonder medical debt is one of the biggest reasons for crippling millions of Americans into bankruptcy. I’ve read stories of people who are finding ways to cut back on spending, and some of them – one woman admitted to be skipping insulin dosages because she couldn’t afford to take it all the time – do more harm than good.

One way of cutting back on expenses is by asking your local pharmacist for generic drugs. These are marketed to work exactly the same way as its branded counterpart, but are made cheaper. But because this is our health we’re talking about, people are wary about something that promises to be the same quality as its more expensive equivalent while being cheaper. Many believe that if generic medicines are cheaper, they’re actually less effective and are lower quality products.

Let’s take makeup, for example. High-end brands such as M.A.C. and Estee Lauder can have products that cost at least twice the mid-range counterpart, but most of the time, you can bet that you’re getting your money’s worth. So, if you see someone selling supposedly authentic and brand new M.A.C. lipsticks at five dollars, you know that they’re most likely fake products that would not only be compared to the real thing, but could also be harmful to your face. It is this same mindset that people have with low-cost generics. ineffective

But is it right to compare fake makeup with generic drugs?

What Goes on in Creating Drugs 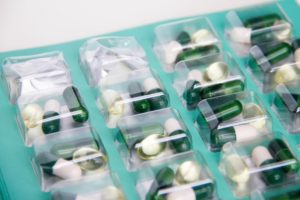 When a pharmaceutical company creates a drug, it is regulated by the U.S. Food and Drug Administration (FDA). While pharmaceuticals save millions of lives with their medicine, you have to remember that they are still a business and want to not only recoup their expenses but also make a profit.

When they manufacture a new drug, it is very expensive. First, they have to do research to create the drug. Second, they have to perform large-scale drug testing for the FDA to allow the product into the market. Finally, they have to market and advertise the product as something consumers need for their symptoms.

Manufacturers sell this drug at high prices to make a profit. While the FDA understands that the business will fail if they force it to sell their drugs at lower prices (and less pharmaceutical companies operating means less research to create drugs for the public), they want to give patients access to low-cost generic drugs.

To balance it out, the FDA provides the manufacturer a patent to the drug’s recipe. For the next 12 years or so, the company has exclusive rights to produce and sell the drug. Once that time ends, other companies are allowed to take the recipe and create their own generic product.

Why Generic Drugs Are Cheaper

In fact, when generic drugs hit the market, it affects the demand and supply beneficial to the consumers. When it was just the branded drug, the manufacturer could profit from their drug even if it charged high prices because patients had no other option. Once its generic counterpart arrives and provides a lower-priced alternative, branded drugs usually market themselves as more effective than the generic alternative and usually lower their prices to match their competition. 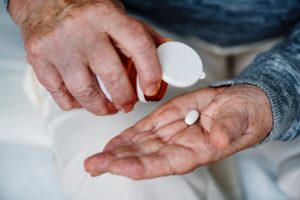 Unlike food, cosmetics, and other products where low price means low quality, this is apparently not the case for medicines. Remember, the FDA is regulating drugs, and they wouldn’t allow generics into the market if it was less effective or was just a placebo for people to feel like they were getting better.

Differences Between Generic and Branded Drugs

Not all generic and branded drugs are the same, though. The way drugs work is that they have the same active ingredient (the main ingredients which help medicine do what it’s supposed to do to your body), strength, use, and effect. This ensures that you’re getting the same effect whether you choose between either.

However, in terms of color, flavor, and other inactive ingredients, these medicines can vary. Because of trademark laws, generic drugs cannot look exactly like its branded counterparts, but it should be made so that it still has the same counterpart. For example, my mom takes Kremil-S, an antacid, for her acid refluxes. It’s pink, tastes like bubblegum and chewable. This one time she ran out and had to go to a generic pharmacy, she was given a generic equivalent, magnesium hydroxide, which was white, bitter as you’d expect from regular medicine, and non-chewable. However, it had the same active ingredient that provided her with the same effect.

The differences between the two are only superficial. Things such as the color, shape, packaging, flavoring, and preservative have no effect on how fast you are relieved of the symptoms. However, inactive ingredients must still be approved by the FDA, regardless if it is generic or branded.

However, your doctor could be prescribing branded medicine because of three reasons. First, medicines were really designed for a certain level of potency. The generic medication for anxiety and depression, for example, is escitalopram. But it’s sold in branded names such as Jovia, Lexapro, and Cipralex and have different effects on patients. If a patient does not respond to a drug, the psychiatrist changes their medication to a more potent drug.

Second, your doctor may be in a partnership with medical representatives. Do you know how your doctor gets free pens, paper pads, and other freebies from medical companies? Through med reps. They show the doctor the medicine their company provides, provide them with freebies and other perks, and convince them to prescribe their patients with their company’s medicine when applicable, not a generic or their competitor’s similar medicine.

Third, it’s possible that your doctor is well-aware of the negative assumption people have about generics and, since you’re not asking about generic alternatives or it looks like you won’t be financially burdened, provides you with a branded drug prescription. In this case, you may have to ask your doctor to prescribe you with a generic version of the drug so you can take advantage of the low-cost drugs in the market.

However, it’s still possible for a doctor to think that a generic is not right for your treatment. In some cases, they will prescribe a branded drug on your prescription and instruct the pharmacist to “Do Not Substitute.”

Should You Be Taking Generic Drugs?

Not all medications have generic alternatives. Some are still patented by its original company, while other drugs are just so difficult to make that companies don’t bother selling a generic counterpart. Still, if you’re pressed for money and you want to try to spend less on medication, be sure to ask your doctor for generic prescription medicine, or ask your pharmacist for generic over-the-counter medicine. If you have health insurance paying for your medication, you may be required to choose generic drugs over branded ones.

Just because they’re cheap, generic drugs aren’t dangerous nor are they sacrificing quality for cost. If you’re struggling to make ends meet because of medical expenses, don’t be shy to ask your doctor or pharmacist about generic drug substitutes. Don’t be worried that this will have a negative effect on your health, either.